The lack of clinical specimens early in the pandemic forced COVID-19 diagnostic developers to use contrived samples such as gene specific RNA, synthetic RNA or whole genome viral RNA to evaluate the performance of their tests. That made reliable cross-diagnostic comparisons impossible because each test was validated using samples derived from different sources.

FDA created a reference panel in May to facilitate comparisons between tests. Since then, tens of assay developers have used the reference panel to assess the performance of their tests, enabling the agency to show how the products compare.

PerkinElmer reported a LoD of 180 detectable units per mL. ScienCell Research Laboratories, the company with the second lowest LoD, posted a result of 540. Hologic was among the best performing of the major test developers, reporting 600 for its Aptima and Panther Fusion assays.

Other big names posted far higher LoDs with lower sensitivity. The best performing tests from BD, Quest Diagnostics and Roche had 1,800, ten times the limit of PerkinElmer’s test. Abbott’s lowest was 5,400. Tests developed by the CDC, Color and Qiagen had LoDs of 180,000.

Research into the link between LoD and false negatives suggests the differences between the tests may have significant consequences. A preprint paper published by researchers at Boston’s Beth Israel Deaconess Medical Center in June linked a 10-fold increase in LoD to the failure to detect SARS-CoV-2 in an additional one in eight infected patients. FDA data show some tests have a 1,000 times higher than PerkinElmer’s product.

The reference panel also has limitations. While FDA sees the panel as an effective way to compare tests, the fact it only includes one strain of SARS-CoV-2 and one cross-reactant, MERS-CoV, means it is unable to determine a diagnostic’s ability to detect mutated forms of the pandemic virus. 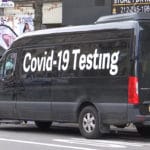 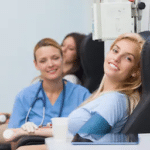